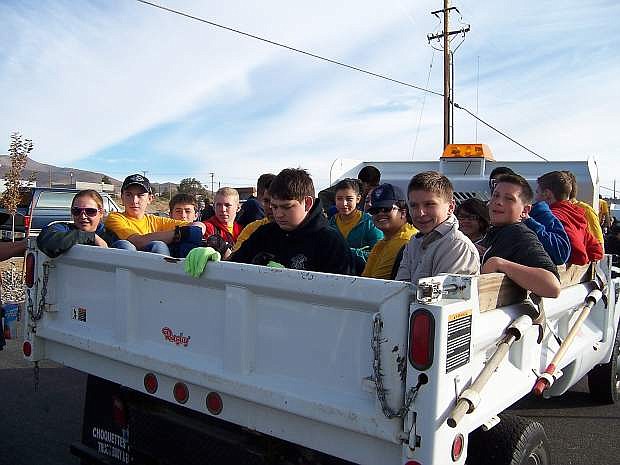 Instead of a dump truck full of Carson High School Naval Junior Reserve Officers Training Corps Cadets, there were ten dump truck loads of garbage hauled to the dump.