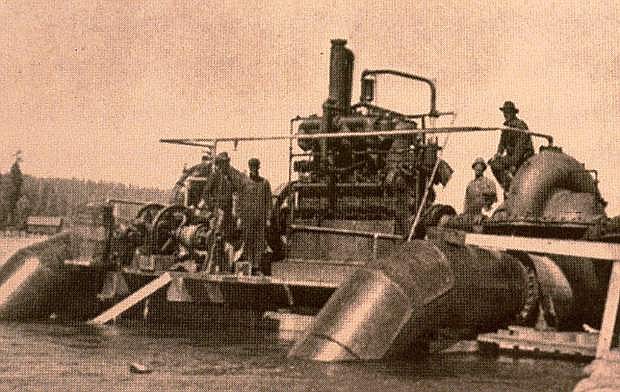 Water pumps were installed near the Tahoe Dam in the early 1930s.