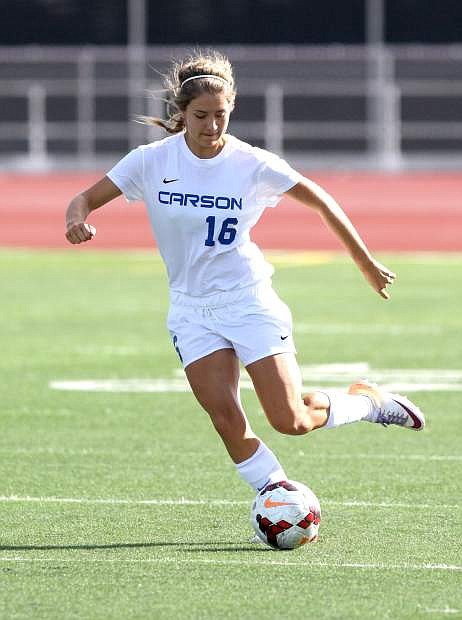 Mid-fielder Lindsay Hettrick passes to a teammate in a game against Damonte Ranch on Tuesday.