Clammed up: work to help Emerald Bay is ongoing 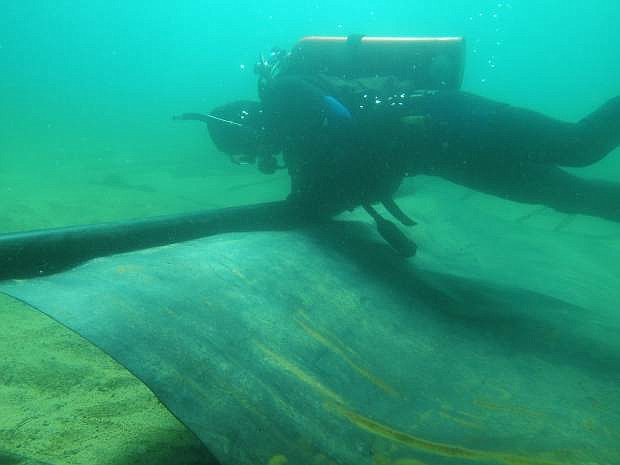 A diver places a rubber barrier over invasive Asian clams at Emerald Bay. The barriers will be removed this month after being in place for about two years.