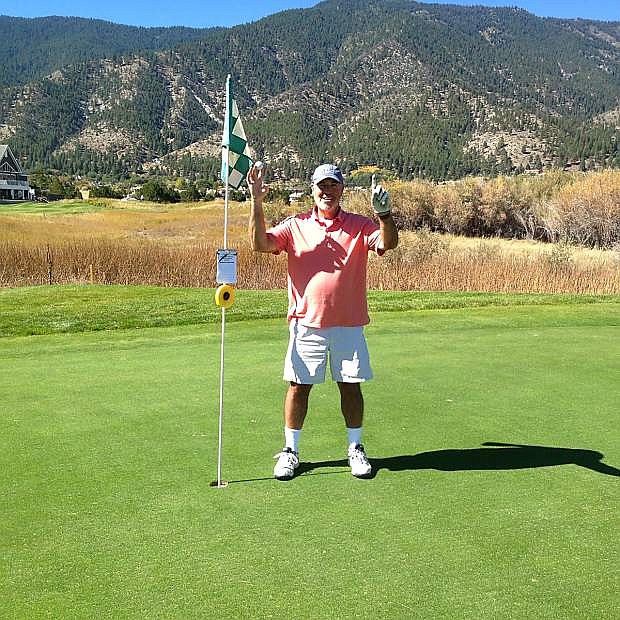 Mike Armstrong of Huntington Beach, Calif. aced No. 12 at the Genoa Lakes Course on Oct. 9. He used a 7-iron for the shot on the 132-yard hole.