Web.com qualifier: 2nd round at Dayton postponed by wind 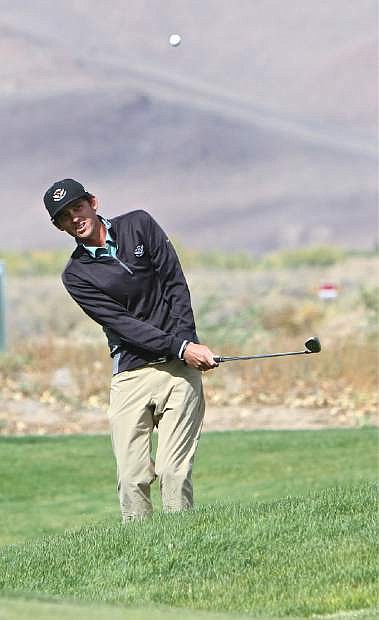 Fallon&#039;s Scott Smith chips onto the green on the first hole at the Dayton Valley Golf Club Wednesday afternoon during the second day of the Web.com PGA qualifying tournament. Play was postponed later due to high winds.