Dogs and Ebola: Disease victims may include dog in Spain 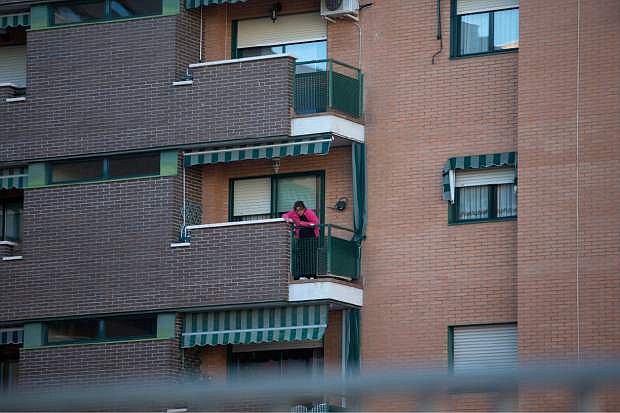 A neighbor looks down from a balcony of a housing estate, where it is believed the nursing assistant who was tested positive for Ebola and her husband live in Madrid, Spain,Tuesday, Oct. 7, 2014. Three more people were placed under quarantine for Ebola at a Madrid hospital where a Spanish nursing assistant became infected, authorities said Tuesday. More than 50 other possible contacts were being monitored. The nurse, who had cared for a Spanish priest who died of Ebola, was the first case of Ebola being transmitted outside of West Africa, where a months-long outbreak has killed at least 3,500 people and infected at least twice as many. (AP Photo/Paul White)