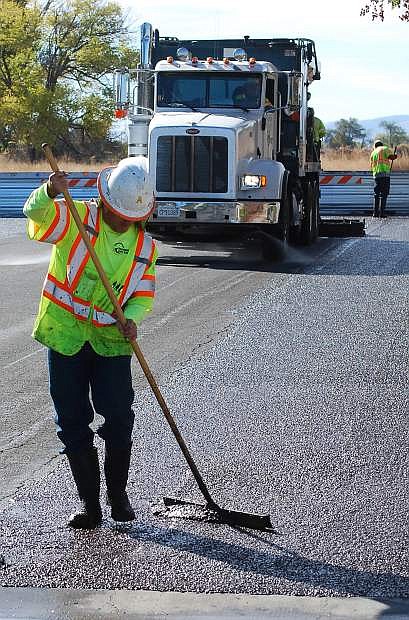 Workers began covering city streets with slurry seal on Tuesday. The project is being done by Intermountain Slurry Seal, Inc., which is located in Sparks.