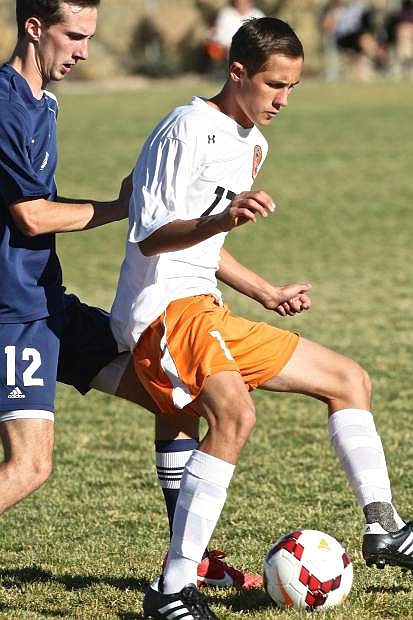 Douglas&#039; Josh Gurule battles a Damonte player for the ball in the first half of the game Friday afternoon at DHS.