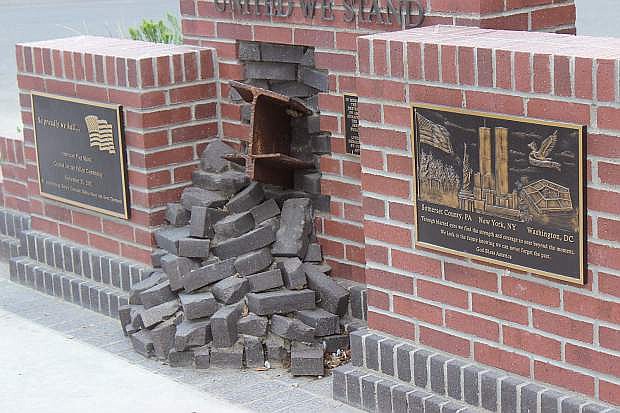 A steel beam from the World Trade Center is part of the city of Fallon&#039;s 9/11 wall. A special ceremony to remember 9/11 will be held today behind City Hall.