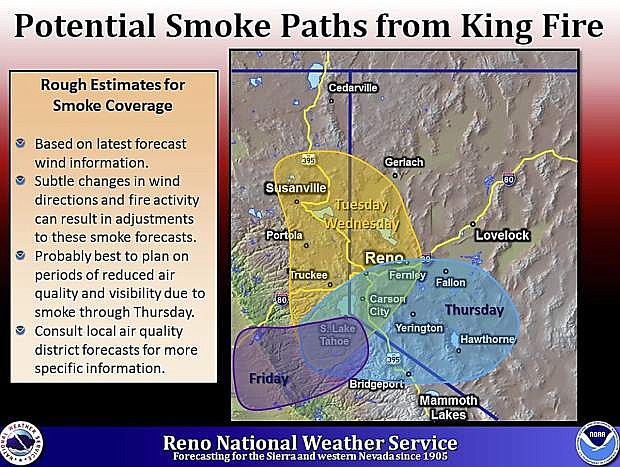 This graphic predicts how smoke patterns from the King Fire are predicted to shift into Friday. The fire burning near Pollock Pines, Calif., had consumed more than 18,000 acres as of Wednesday morning.