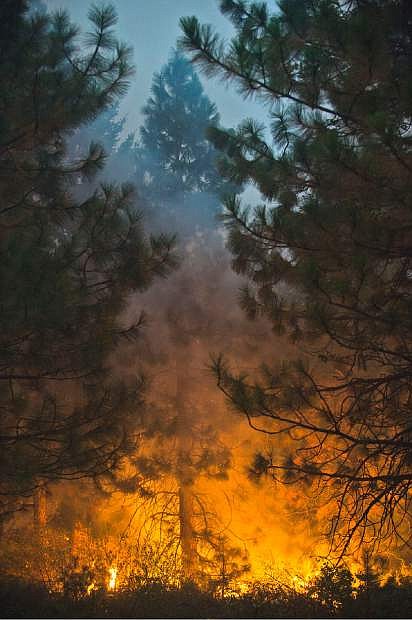 Fire burns through tall trees near Uncle Tom&#039;s Cabin in El Dorado County on Thursday, Sept. 18, 2014. The King fire has burned over 70,000 acres. The wind-whipped fire burned through 114 square miles and was 10 percent contained, according to California Department of Forestry and Fire Protection. (AP Photo/The Sacramento Bee, Randall Benton)