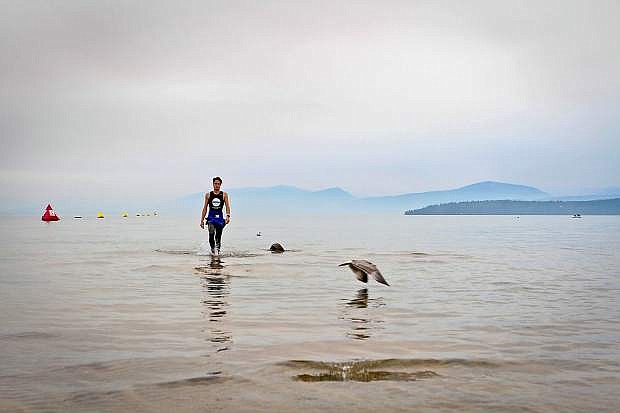 An Ironman competitor took to Lake Tahoe&#039;s waters Sunday morning. Despite the race&#039;s cancelation, many tri-athletes took a swim in the lake Sunday morning, and many cyclists were on the road as well.