Storey County’s past with Tesla goes back to Mark Twain 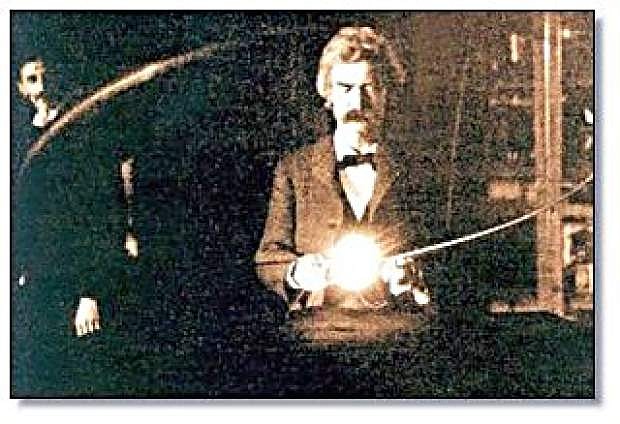 In this historic photo from 1894, Mark Twain experiments with an invention in Nikola Tesla&#039;s lab. Tesla can be seen in the background.