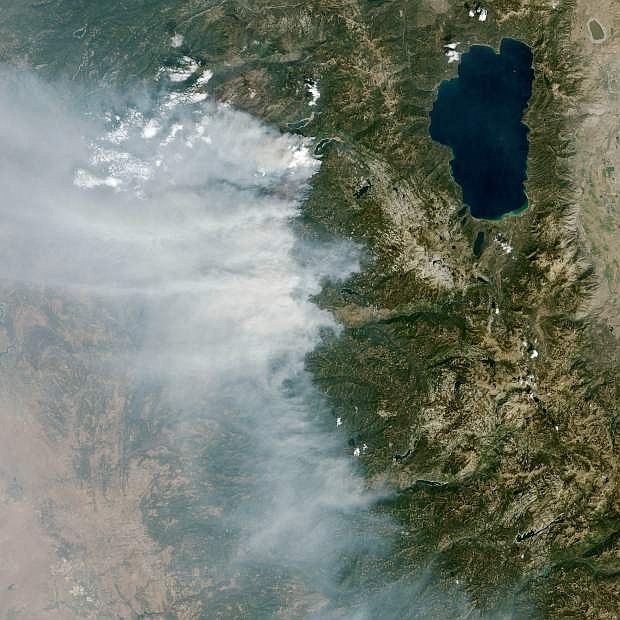 The King Fire near Pollock Pines, Calif., is seen from space. The fire has burned 139 square miles.