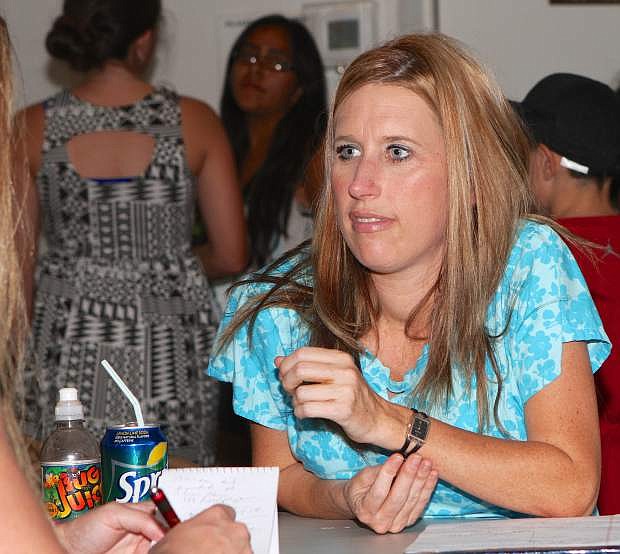 Melissa Peden of Carson City speaks with reporter Teri Vance about her experience in the &#039;Circles&#039; program Wednesday night at St. Peter&#039;s Episcopal Church. Peden is a 2007 graduate of the program.