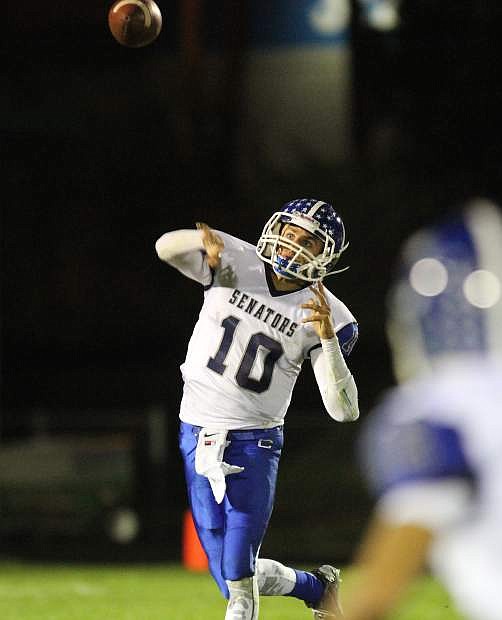 Nolan Shine hurls a bomb to one of his receivers Friday night at Hug.