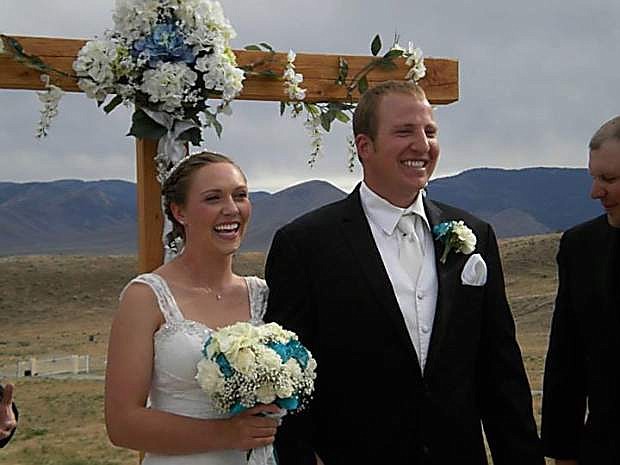 Kaitlyn Holmes, a 2012 graduate of Carson High School, and Danny Clark wed June 14 at a ranch in Hallelujah Junction, Calif.