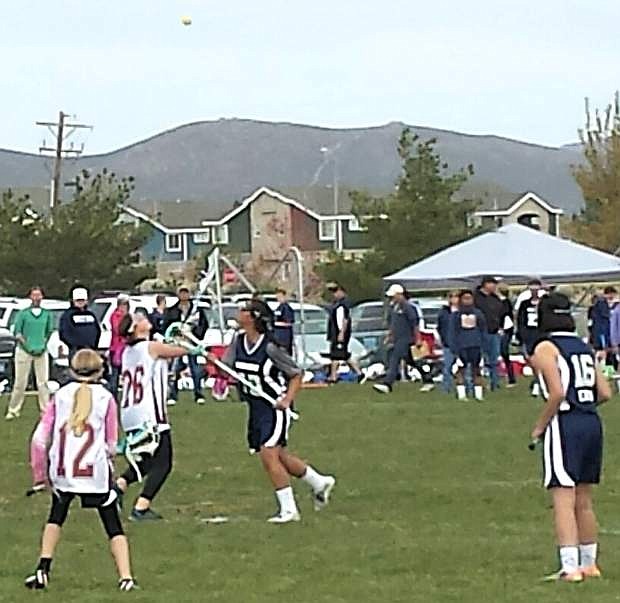 Oasis girls lacrosse players Alanna Muir and Meeka Erwin watch as the ball flies through the air during their game against the Reno Wildfires on Saturday. Oasis won its first-ever girls game.