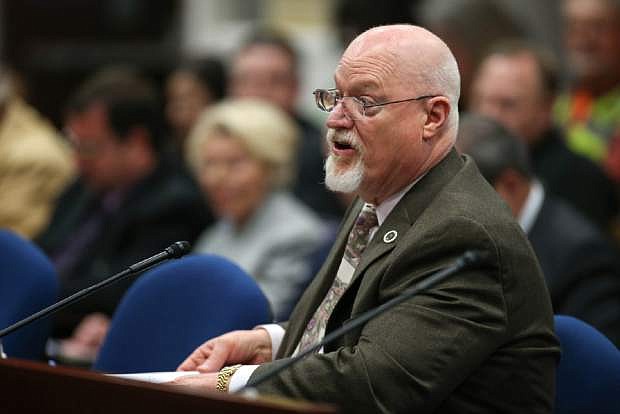 FILE - In this Wednesday, March 25, 2015 file photo, Nevada Assemblyman Randy Kirner, R-Reno, testifies on his proposal to dramatically change collective-bargaining rules for public employee unions in a hearing at the Legislative Building in Carson City, Nev. A money committee is reviewing a bill that would dramatically change the Nevada Public Employees&#039; Retirement System. The Assembly Ways and Means Committee held a meeting Wednesday, April 15, 2015 to discuss AB190, which raised many questions and concerns at a hearing in a separate committee last month. (AP Photo/Cathleen Allison)