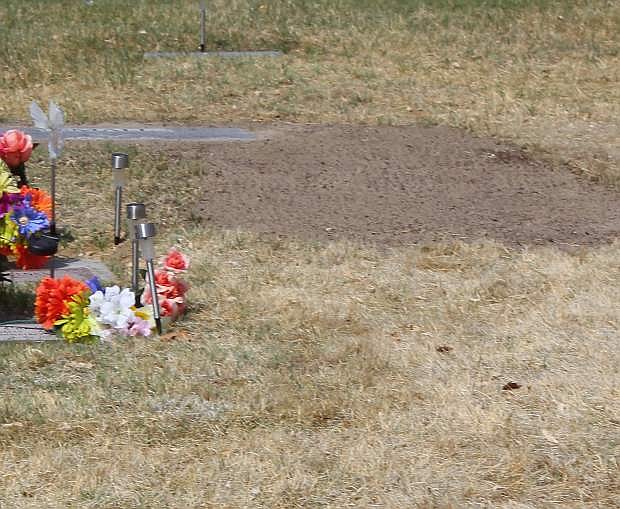 This is the site where a cemetery worker found the body of a Fallon woman who had been shot by her ex-husband.