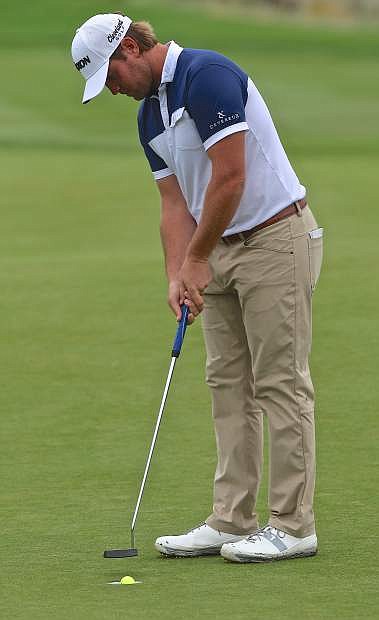 Thursday&#039;s leader, Zack Sucher, taps one into the cup on the 13th green.