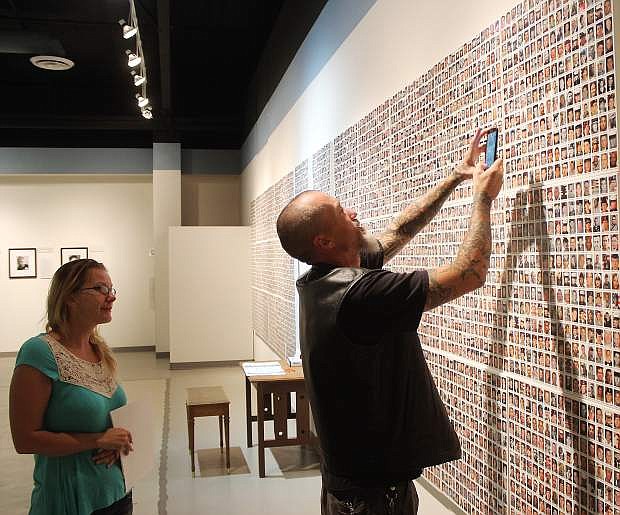 Buck Wagner takes a photo of a soldier who served with Jaime Kirk&#039;s brother in Iraq. Kirk, left, said the soldier was one of thousdans who either died in Rraq or Afghanistan. The nationally touring art and humanities exhibit of &quot;Always Lost: A Meditation on War&quot; is on display at the Churchill County Museum through Sept. 27.