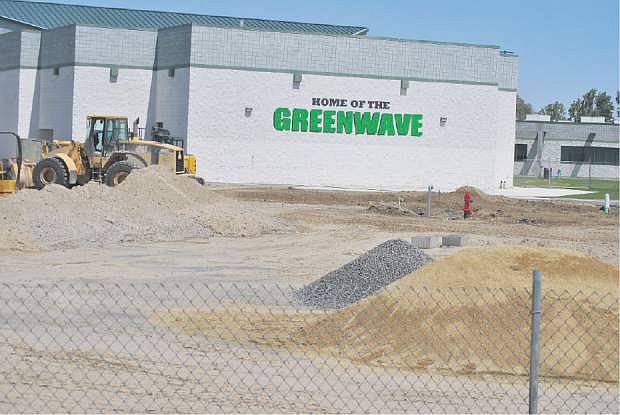 Contracts and plans were finalized for auxiliary gymnasium by the Churchill County School Board Trustees at their Thursday night meeting.