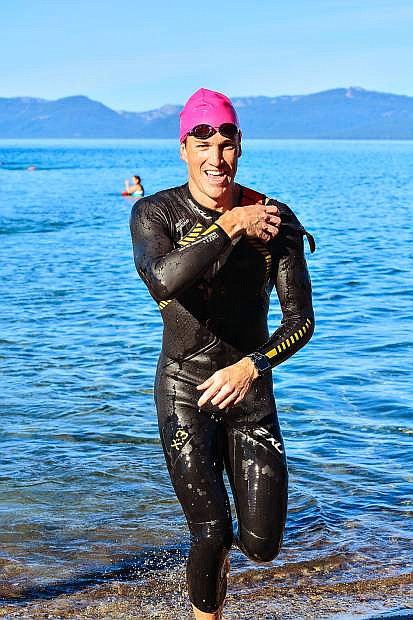 Matthew Balzer of Reno exits the water during the first leg of the XTERRA Lake Tahoe off-road triathlon on Saturday. Balzer won the race with a time of 2:49:41.