Roman pleased for most part with scrimmage 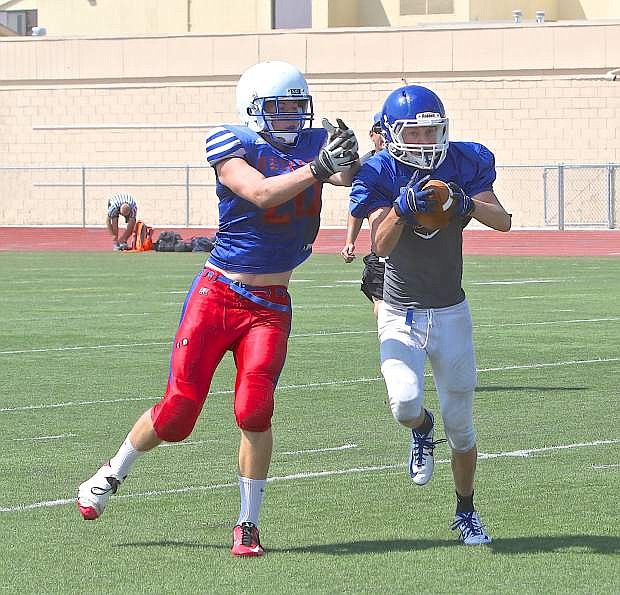 Carson defensive back Connor Pradere gets a pick-six during a scrimmage against the Reno Huskies Saturday at CHS.