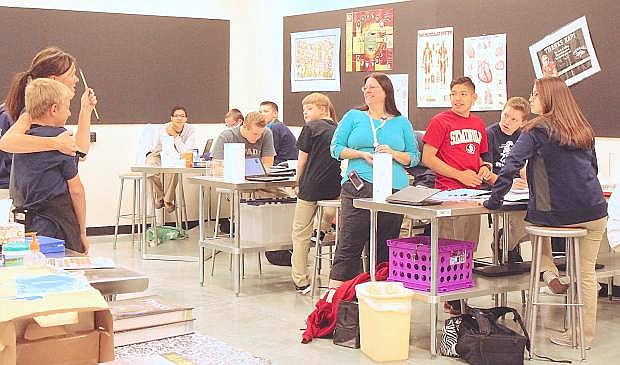 Freshman at Oasis Academy settle into their second week of school in their college prep science class. Teacher assistants Jill Rosario, left, and Kathy Keitz engage the students to get them ready for the day.