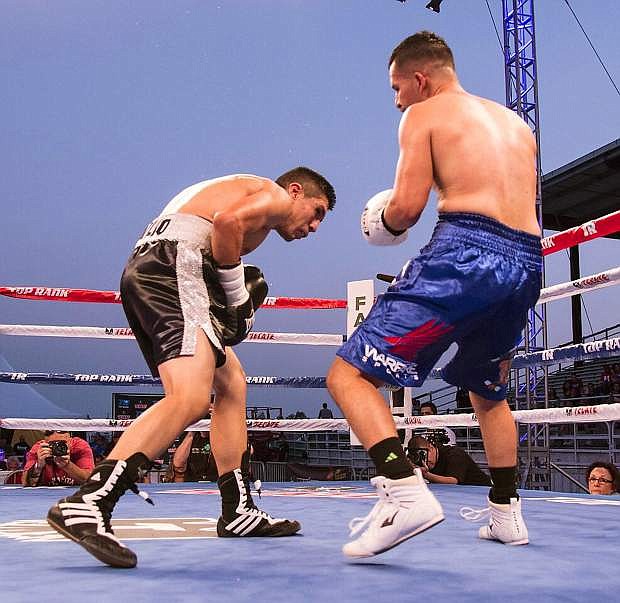 Reno&#039;s Oscar Vasquez, right, watches Jose Toribio drop to the canvass in the seventh round of their flyweight bout during the eighth annual Fallon Fights at the Churchill County Fairgrounds. Vasquez won by knockout.