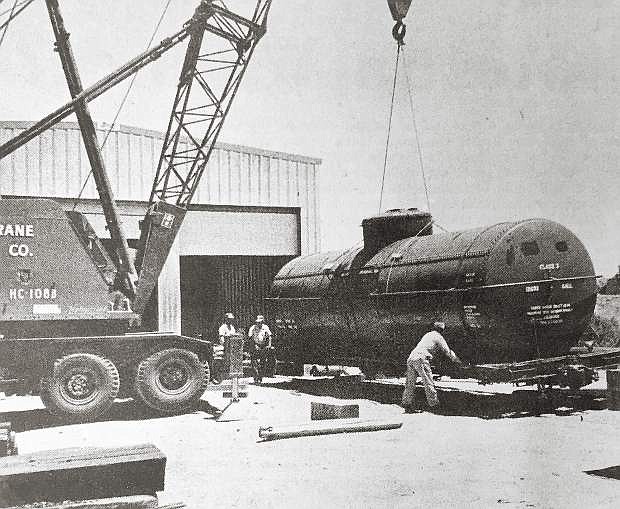 Although disappointed by past abortive restoration projects, the people of Virginia City are beginning to see actual progress on the new Virginia and Truckee Railroad being built in Virginia City such as the arrival of this first of many cars for the line. The water car was unloaded on track laid in front of the engine shed, left. Located on the site of the original V&amp;T roundhouse, the new railroad headquarters is brooded over by the remains of the Combination hoisting works, right, which helped build the original V&amp;T. Other rolling stock is expected later this year, and some two miles of track is expected to be completed before winter weather sets in.