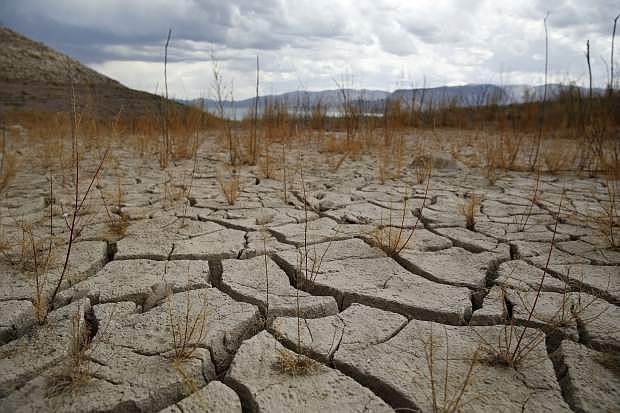 FILE - In this May 18, 2015, file photo, plants grow out of dry cracked ground that was once underwater near Boulder Beach in the Lake Mead National Recreation Area near Boulder City, Nev. A panel gauging the effect of drought in Nevada is due to hear from farmers, tribes, environmentalists, water officials and others at a state Department of Agriculture hearing in Sparks. State Climatologist Doug Boyle is also expected to update current conditions during the Nevada Drought Forum on Wednesday, Aug. 19, 2015. (AP Photo/John Locher, File)