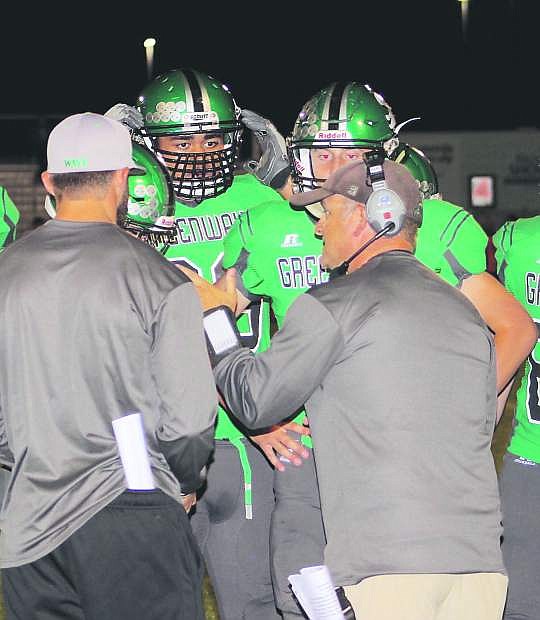 Greenwave coach Brooke Hill, right, has been named Coach of the Year for the D1-A regional team.