Faraday deal in hands of Assembly 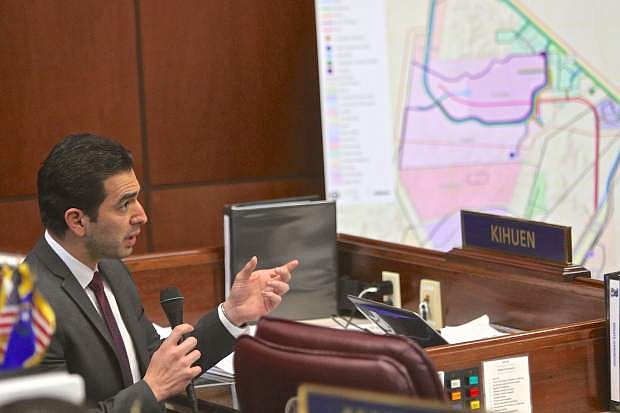 Democratic Senator Ruben Kihuen asks a question regarding residency requirements for potential workers at the Faraday Future site in North Las Vegas at the special session Friday in Carson City.