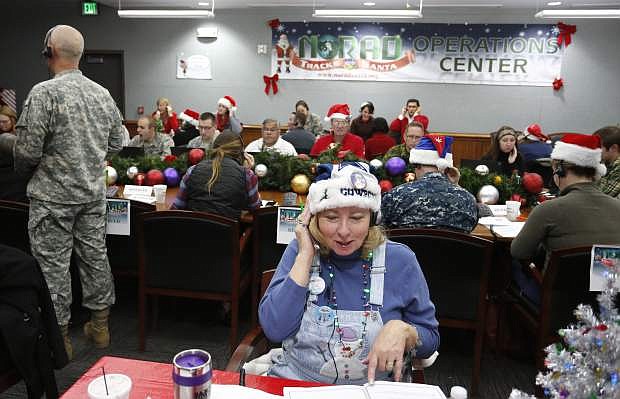 Volunteer Patty Shook takes a phone call from a child asking where Santa is and when he will deliver presents to her home, inside a phone-in center during the annual NORAD Tracks Santa Operation, at the North American Aerospace Defense Command, at Peterson Air Force Base, Colo. Patty and her husband, Bryan, who is retired from the Air Force, have been volunteering at NORAD each Christmas Eve for five years, fielding calls from children from all over the world eager to hear about Santa&#039;s progress.