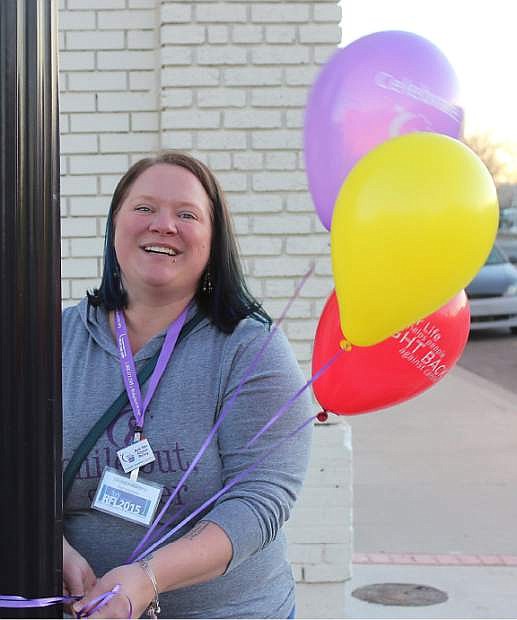 Melissa Williams ties Relay for Life balloons around a post in front of the Elks Lodge.