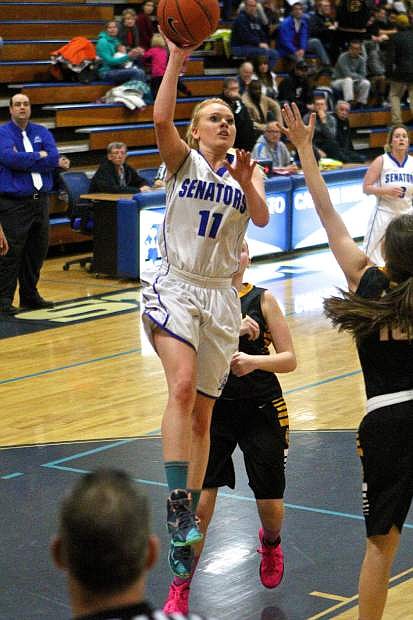 Senior Kayla Aikins puts up a shot in a 1-point loss to Galena Friday night at Morse Burley Gym.