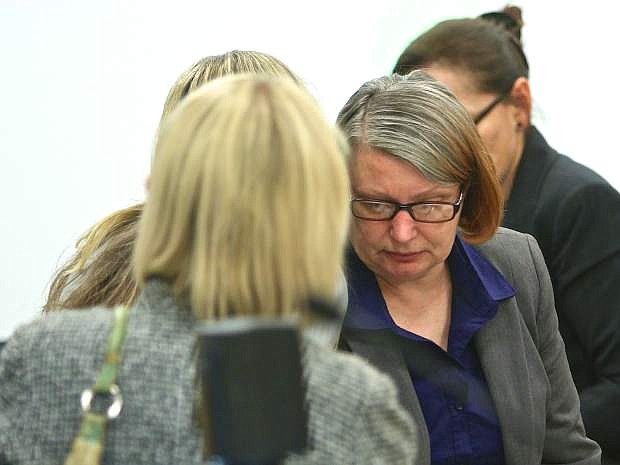 Tatiana Leibel, accused of killing her husband Harry last February confers with her lawyers Wednesday at the beginning of a short recess.