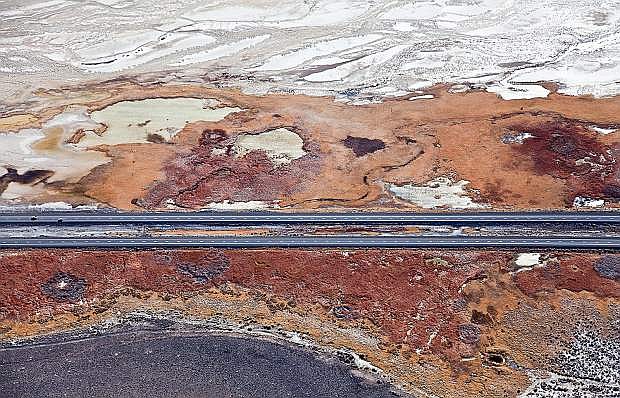 Shown is I-80 Fernley Sink Wetlands near Fernley, a photo taken in November by Nolan Preece.