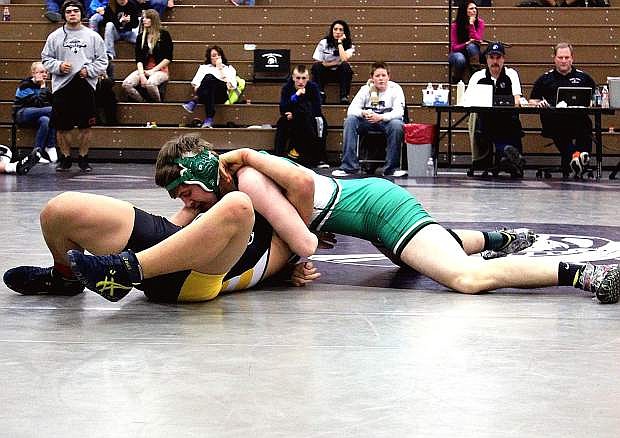 Fallon&#039;s David Hughes, top, works to pin South Tahoe&#039;s Andrew Herrera in the 170-pound final during the Northern Division I-A regional wrestling tournament in Spring Creek on Saturday. Hughes won the bout and is a top seed for this week&#039;s state tournament in Winnemucca.