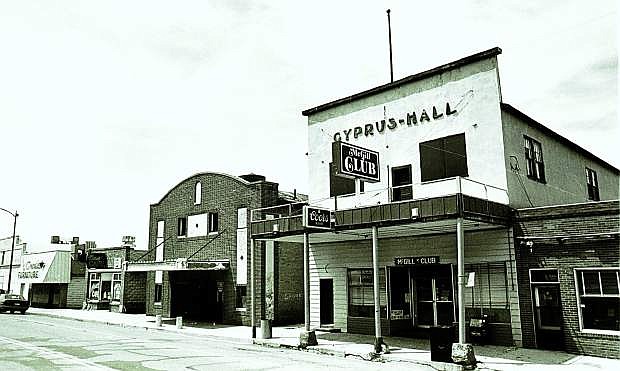 View of downtown McGill, including the renowned McGill Club, a local landmark.