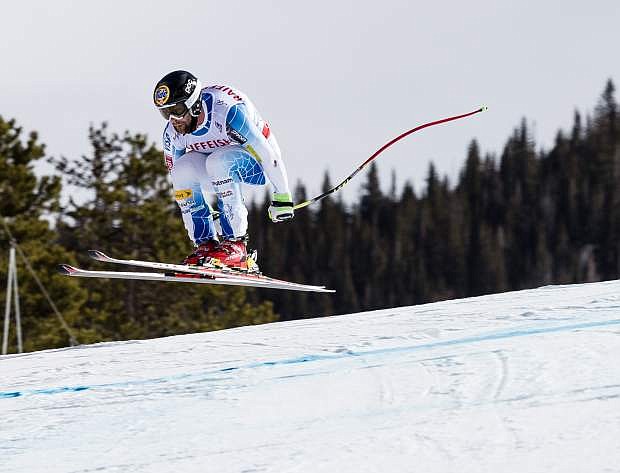 Travis Ganong of Squaw Valley leaves the lip of the Redtail Jump during the men&#039;s downhill race of the 2015 FIS Alpine World Ski Championships on Saturday in Beaver Creek. Ganong finished second-fastest of the day with a time of 1 minute 43.42 seconds.