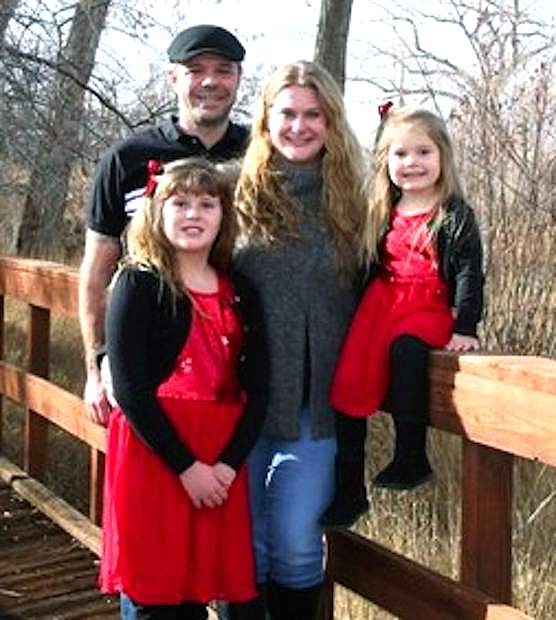 The Smith family posed for a Christmas picture. From left are Becca, front, Jeff, Megan and Lauryn.