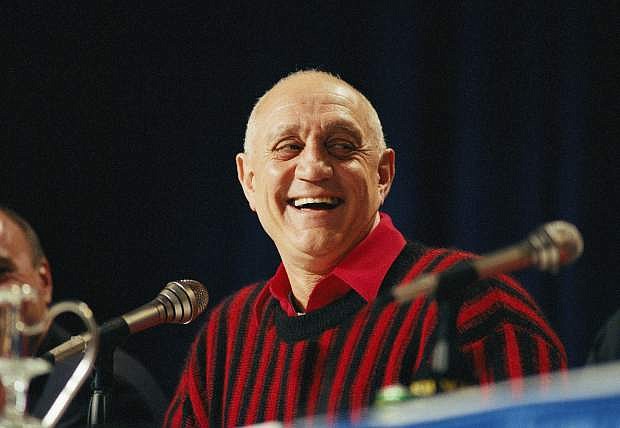 FILE - In this April 2, 1990, file photo UNLV head coach Jerry Tarkanian flashes a big smile during a press conference prior to facing Duke in the NCAA Final Four in Denver. Hall of Fame coach Jerry Tarkanian, who built a basketball dynasty at UNLV but was defined more by his decades-long battle with the NCAA, died Wednesday, Feb. 11, 2015, in Las Vegas after several years of health issues. He was 84. (AP Photo/Eric Risberg, File)