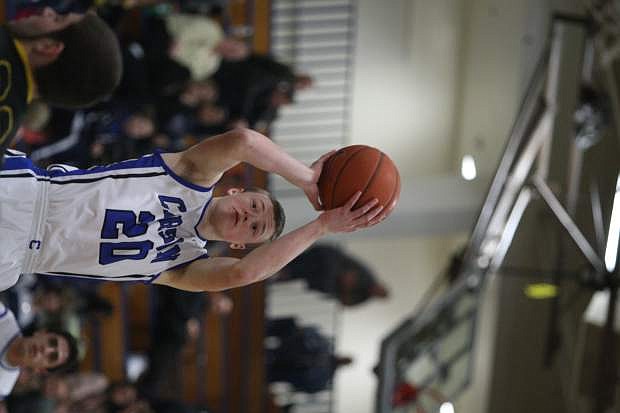 Asa Carter shoots a jump shot against Reed on Tuesday.