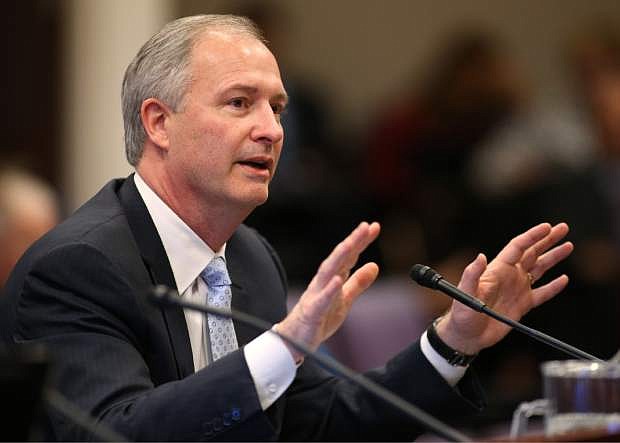 Steve Hill, director of the Governor&#039;s Office of Economic Development, testifies in a committee hearing at the Legislative Building on Thursday. Lawmakers are considering a number of bills on tax abatements which experts say would help create good-paying jobs in the state.