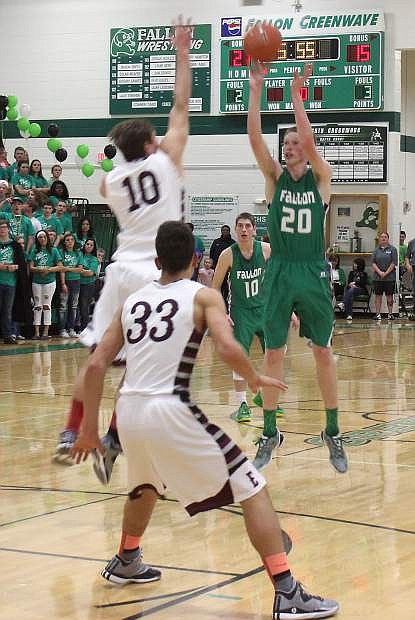 Fallon senior Jeff Evett drains a 3-pointer during the first half of the Greenwvave&#039;s 66-43 loss to Elko in the first round of the Northern Division I-A regional basketball tournament on Friday at the Elmo Dericco Gym.