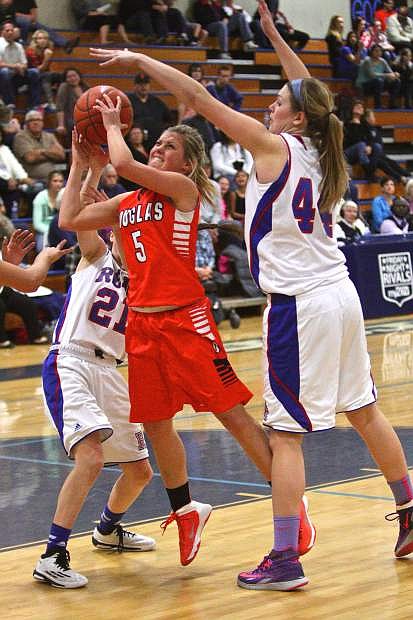 Reno&#039;s Mallory McGwire (44) and the Reno Huskies were too much for Alyssa Holley (5) and the the Douglas Tigers Friday night in the North NIAA semifinals at Morse Burley Gymnasium. The Huskies defeated the Tigers 61-28 and advance to the finals against Manogue.