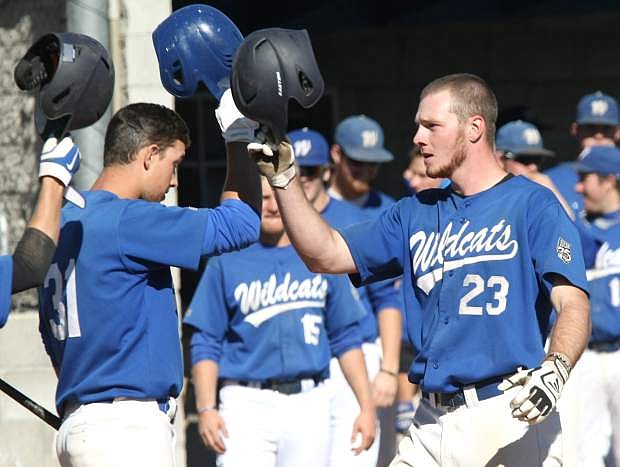 Corey Pool is congratulated by his teammates at home plate after hitting a solo home run in the 5th inning against Sierra College on Tuesday.