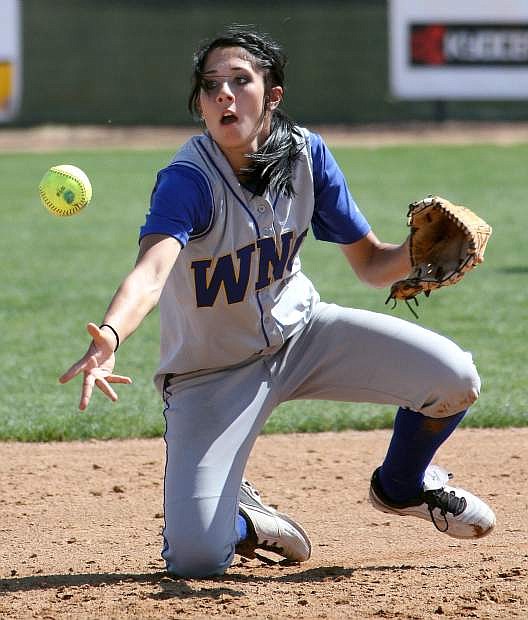 Madison Gonzalez flips the ball to second to record a force out during a game in 2013.