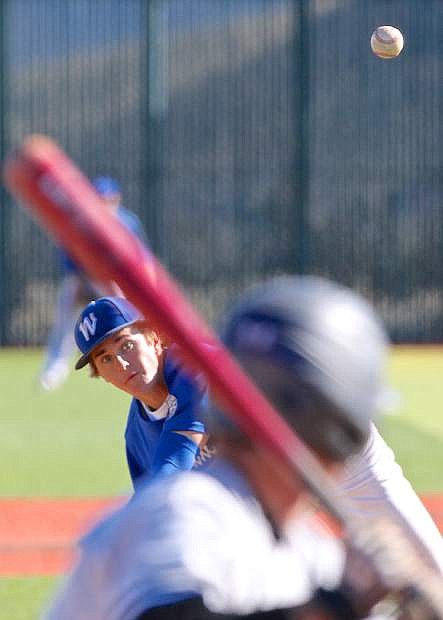 Wildcat pitcher Matt Young fires one from the mound during a game against College of Southern Idaho last season at WNC.