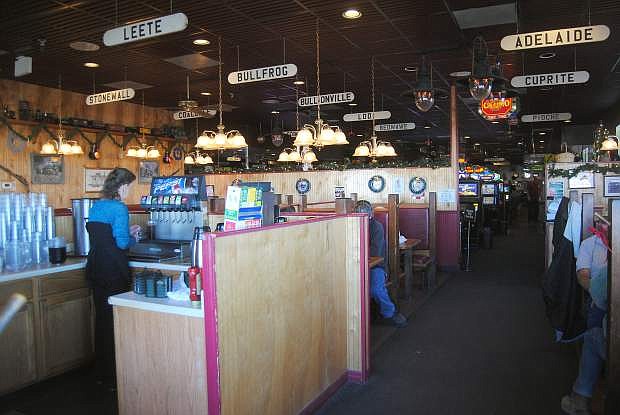 The Depot shows its ties to the buildings train station past with hanging signs of train station names in Nevada throughout the building. In this picture you can see the names hanging from the ceiling in the restaurant.